Why, How And When: Pruning Spring-Flowering Trees 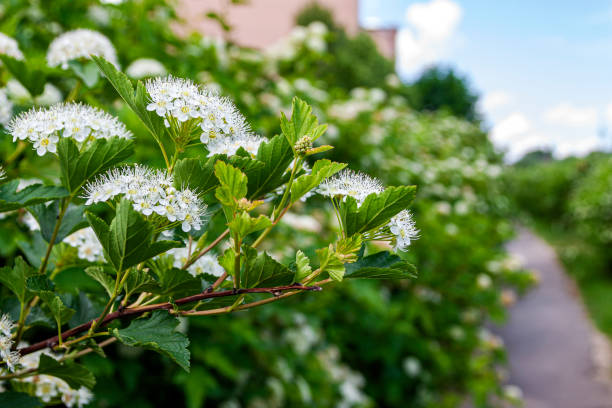 Written by Dr. Andy Pulte and published on https://www.finegardening.com/

Pruning Spring-Flowering Trees in the South

The whys, hows, and whens of cutting back these Southern staples

Ask Yourself Why You Need to Prune

Before you prune anything in your landscape, it’s a good idea to ask yourself why pruning might be necessary to achieve design goals. Perhaps the ultimate goal is to reach a mature form that will require little or no pruning. Remember that any pruning should be done judiciously, because once a limb is removed, there is no chance to put it back.

If the main goal is to maximize bloom on spring-flowering trees, pruning should be done right after the bloom is complete, since flower buds for the coming year will be set during the summer growing season. Of course, you can prune during winter dormancy and not injure the plant, but you will be removing some of the flower power of the following spring’s bloom.

Removal of dead or weak material. Dead material or broken branches can be removed any time of year to improve plant health.

Improve overall structure of plant. The removal of crossing or rubbing branches, or the elimination of weak crotch angles, helps improve the tree structure.

Provide ground clearance. You can increase the amount of light reaching the ground floor of your landscape for the benefit of other plants or to make maintenance like mowing easier.

Restrict overall plant size. Selective pruning through the subordination of branches restricts the overall size of a plant.

Protect people and property. If part of a plant is unsafe and could possibly cause damage to people or property, it should be removed. This could include large branches overhanging structures or low limbs over sidewalks.

There are other reasons not to prune in late summer or fall besides the loss of flower buds. If growing conditions are conducive, the tree may produce another flush of growth that may not have time to harden and acclimate to the beginning of cold weather. This tender growth is susceptible to freeze damage, which equates to a loss in carbohydrate storage that would have mostly been used for the coming spring’s growth.

Pruning in spring just after flowering allows time for the tree to produce plentiful foliage, the photosynthetic engine that powers both growth and bloom set. Badly timed pruning will reduce the photosynthetic capabilities of your tree and hinder its potential.

Young trees should be pruned to correct any potential structural problems and to achieve a pleasing form. Removal of crossing or rubbing branches is a great place to start. If you desire a strong central leader, subordination of co-dominant stems is critical while a tree is young. Another good reason is that small cuts under ¾ inch heal fairly quickly.

One reason to prune a flowering dogwood would be to open it up to increased light and air movement. This can help reduce one of flowering dogwoods’ most common problems—powdery mildew. Dogwoods grown in the nursery trade are often pruned to increase their branch density, and this might need to be corrected.

A reason you might choose to prune redbuds is shaping, as redbuds have a tendency to be lanky and asymmetrical unless corrective pruning is undertaken. Remember that a cut just above a bud can direct that bud to form a limb where you might want one in order to create a more balanced form.